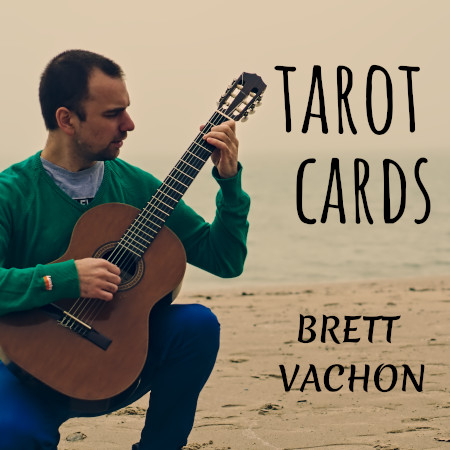 Tarot Cards is a collection of 22 short pieces for Classical Guitar. Each composition represents the 22 Major Arcana of the Tarot deck. When listening to the work, you will be reminded of a voyage you once took through a far away country. You will hear foreign sounding melodies blending pleasingly with traditional harmonies.

The first half of Tarot Cards consists of human characters and deities. First up is the quick and witty Juggler. Next we move to the more serious and imposing figures of the Emperor and the Pope. The middle characters of Tarot Cards are of a more dark and serious nature. The characters that we find in the middle include the Hermit and the Hanged Man.

The latter half of Tarot cards transitions from characters to objects. You will hear the celestial objects like the moon and the star. In these compositions I use the full gamut of sounds that are playable with the Classical Guitar. You will hear techniques ranging from percussive guitar to the flute-like sounds of guitar harmonics.

Tarot Cards is a suite for Classical Guitar which I originally started composing back in 2015. However, I only started serious work on the suite in 2017.  I finished composing the entire suite and recorded the whole work in 2019.

Tarot Cards is a work for Classical Guitar fit for the 21st century. Click the button below to listen to the album.

Recorded and Produced by Brett Vachon

Mixed and Edited by Brett Vachon