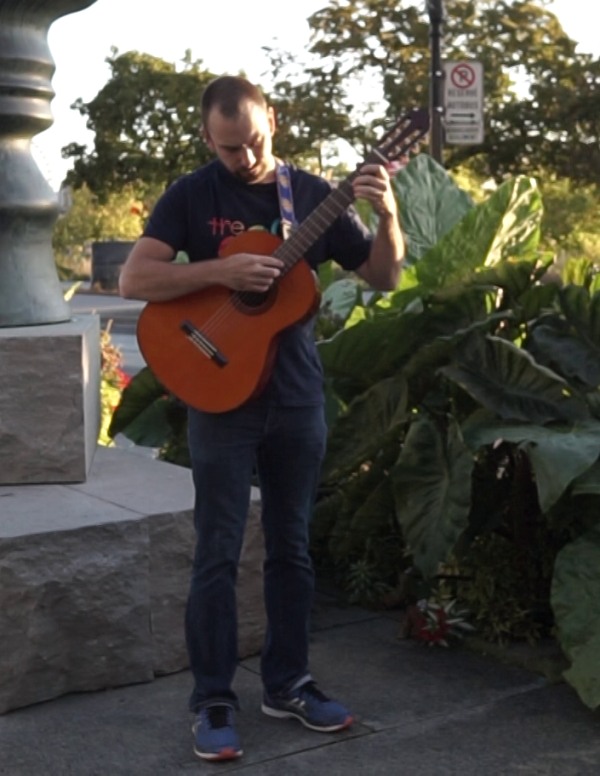 Tarot Cards is a suite for Classical Guitar inspired by the Major Arcana of the Tarot de Marseille. This is number 19 in the Tarot Card series and it's called The Sun.

In depicting this particular card I was interested in the imagery that goes with the Sun. This lead me to think of hot countries and the music that represents these hot, sunny climates. Since the guitar is Spanish in origin, I started daydreaming of Andalusia and the Flamenco tradition. That was it: the Sun had to make the listener think of hot and sunny Spain.

So in order to get a Flamenco or Spanish sound in this composition I was inspired by the dance rhythms of Flamenco. One of the characteristic dance rhythms of Flamenco is the Bulerias. This lively dance is unique in that the placement of the accents in a spot that is not in the usual location for Western occidental music. So I wanted to highlight this unusual accentuation with the strumming at the beginning of the song.

Buy on Amazon Stream on Deezer

For this Tarot Card's music video I went to Old Montreal and set up in front of the Pointe-à-Callière Museum. There happened to be some exotic plants and I thought that would add a nice touch to the exotic sound I was aiming for in this particular work.