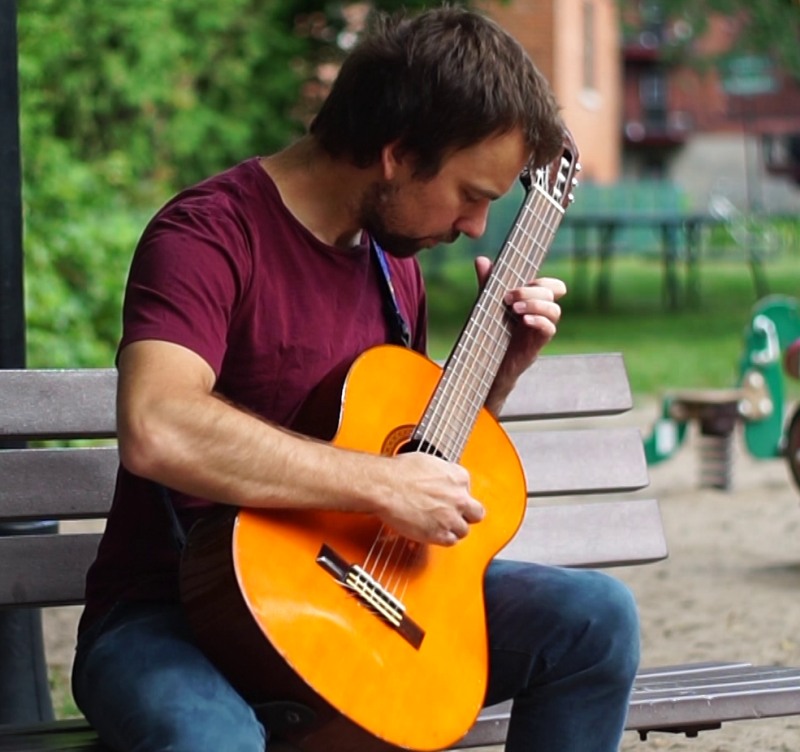 I wanted to give the feeling of warmth and comfort in this piece so The Star from Tarot Cards features the bright sound of open strings and guitar harmonics.

In Tarot Cards, a suite for Classical Guitar, the Star is the Seventeenth piece in the series. A star shines brightly over the dark landscape.

Since this card is rather mysterious, the piece starts with airy flute-like guitar harmonics and the edgy sound of an augmented chord.

Listen on Spotify Stream on Deezer Listen on Apple Music

After the introduction, the piece progress into the flowing melody before quickly being interrupted once again by the harmonics.

The eight pointed, shining star also has the image of a naked female. The music reflects this in being quite conservative, almost naive and shrinking away from the harsh sounds of dissonance.

At the end of the piece I used the guitar technique called cascading harmonics. This mixture of flute-like harmonics with bright open strings is an effect I used for both the Moon and the Star endings, as it seemed to suit both endings well.

You can listen to The Star from Tarot Cards by clicking the video link below.