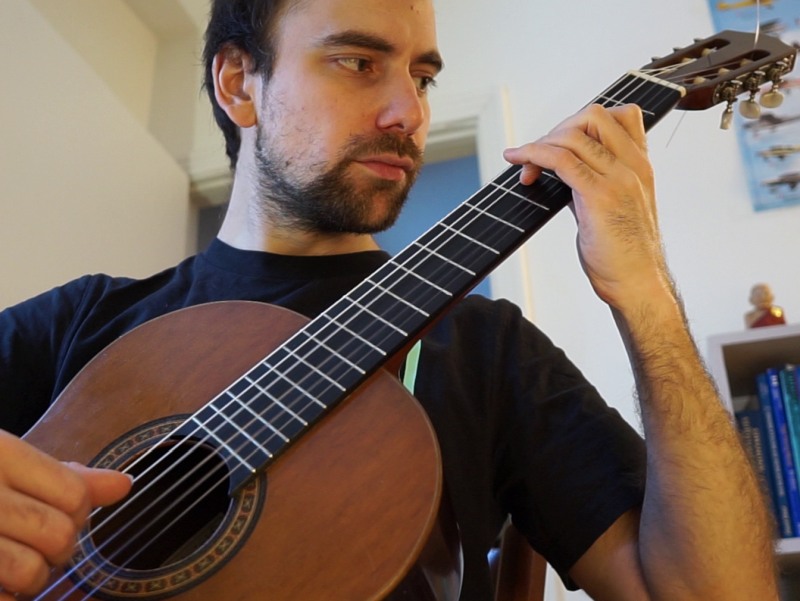 Strength is the 11th piece from Tarot Cards, a suite for Classical Guitar.

I wanted to start off this piece from Tarot Cards with a three-note driving figure in the guitar part, announcing the arrival of the female figure representing the force.

In Tarot Cards, the female figure is depicted as closing the mouth of a lion. Her hand is raised with her index finger pointing to the mouth of the lion and her other three fingers are curled inward. This gesture might represent the idea that if you have courage, strength, and self-control you can overcome any obstacle.

However, there is an organic force that has been overlooked by our society for too long. This is what I wanted to represent in Tarot Cards - a quieter, more forceful strength that carries the music past the driving riff heard at the beginning of the piece.

The main theme is written in the Lydian mode which is a mode slightly brighter but somehow more dark or modal than the major scale.

The piece draws to a close with the sounding of some triumphant chords and the driving force theme heard once again.

Listen on Spotify Stream on Deezer Listen on Apple Music

Listen or watch The Force on Youtube in the video below.