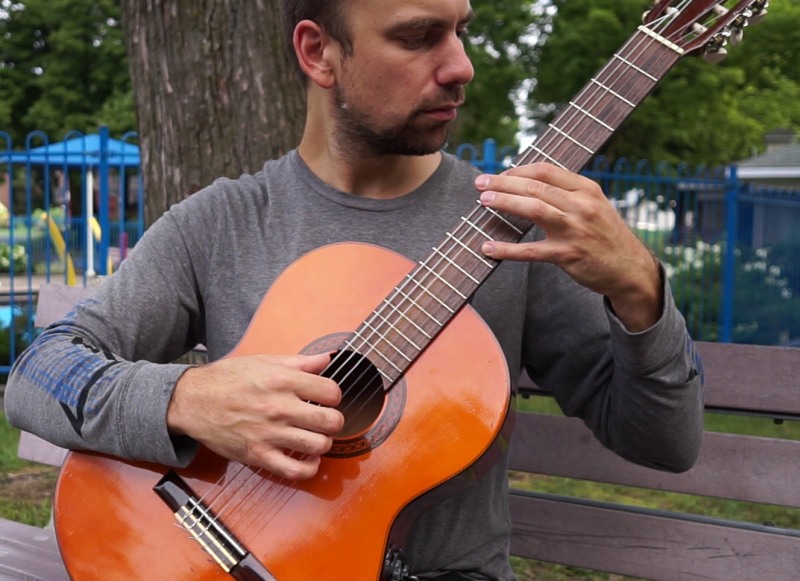 When I was composing Tarot Cards, one thing was clear to me at the outset: The Emperor commands authority, power, and control. The Emperor is the personification of the masculine archetype.

In this scenario it is easy to consider a military march. For instance, The Emperor's Theme is a quick march composed by John Williams for the Star Wars series.

However I wanted something more ponderous and imposing. I wanted to represent The Emperor as a symbol of worldly might, who rules over his subjects with an iron fist.

But with the figure of The Emperor, I also had in mind a benevolent and wise leader who does not use this power for selfish reasons.

Tarot Cards is a contemporary suite for Solo Classical Guitar.

Each of the 22 cards of the Major Arcana are represented as individual pieces of the suite. The music in the suite is suitable as an accompaniment to Tarot readings.

With classical guitar, I found the best way to be imposing in a musical sense was to use plentiful percussion and slap harmonics, all across the range of the guitar.

You will also hear harmonics used in The Star, another piece from Tarot Cards. This is not a coincidence as The Emperor is occasionally represented as wearing, in addition to his personal insignia, the stars of the constellation of Leo on his chest or shoulders.

The imposing nature of The Emperor rises in tension towards the middle section. After a brief episode of waterfall harmonics, flowing arpeggios across open strings show the benevolent side of The Emperor.

The conclusion of the piece demonstrates once again a symbol of control and order, representing the father figure and authority that rules over the people.

With this suite for Classical Guiar, I hope this music can lead you towards new forms of inspiration from the Tarot de Marseille.