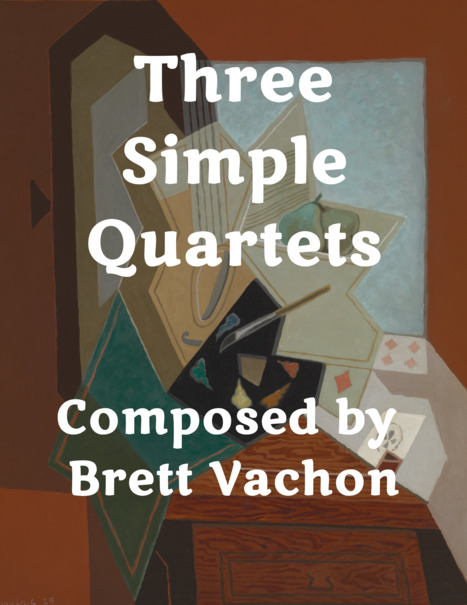 The Three Simple Quartets is a short three movement work for String Quartet written in 2008.

I originally wrote the work "Three Simple Quartets" for my Dad's beginner string quartet group. My Dad is a violin instructor and often looks for new music for his young violin students to perform. After hearing his group perform the beginner piece for Strings entitled "Space Attack" by Robert Spearing, I was inspired to write my own music for beginner string quartet.

This work was featured in a Spring Concert by the Magenta String Quartet entitled "Fresh From the Pen". The performance took place on 25 May 2013 at Eastminster United Church, in Toronto, Ontario, Canada.

This composition was featured on the Australian radio station 3MBS hosted by Mark Vendy. Check out the broadcast here.

Listen to the composition below.

Live Performance by the Magenta String Quartet in Toronto.

This is Number XII. The Hanged Man from Tarot Cards

In DADGAD tuning, this piece is performed on a Steel String Guitar by Brett Vachon.