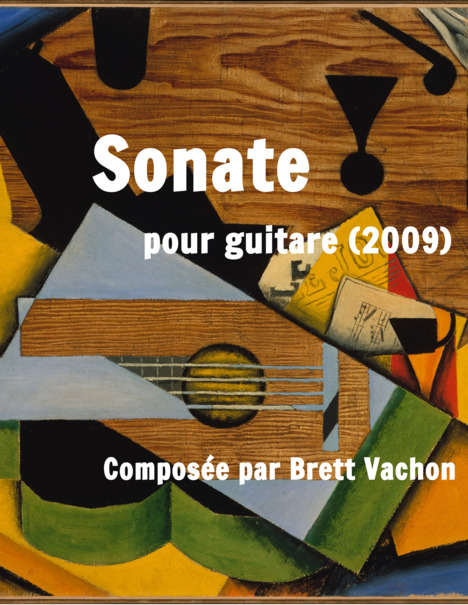 The Guitar Sonata was written in 2012 and was my first work where I wrote a four movement work for one instrument.

The impetus behind writing a sonata came when I first heard the sonatas for piano written by the old masters, such as Beethoven or Brahms. However this work is more contemporary than the works by the Grand Masters and has modern 20th century harmonies and dissonances.

There are other contemporary works for Classical Guitar which are called Guitar Sonatas. These works are not typically written by guitarists. This can cause some problems in performance.

The first movement of the Guitar Sonata is a conversation between two elements: one more staccatto and the other more lyrical.

The second movement, or slow movement starts off with a gentre rocking back-and-forth exchange followed by a more tumultuous arpeggiated section.

The third and fourth movements are more upbeat and bring the sonata to a triumphant end.

This work was recorded at Braeburn Studio in Wellington, New Zealand in 2012.

Here is an excerpt from the guitar sonata.

This is Number XII. The Hanged Man from Tarot Cards

In DADGAD tuning, this piece is performed on a Steel String Guitar by Brett Vachon.